Being process driven, I have been able to work across multiple industries

Early in my career, I had worked in a number of industries, but in the last decade-and-a-half, I have worked with and helped build these companies/brands.

“Greg came to Race Technologies as a car enthusiast, a marketing professional, and as a… 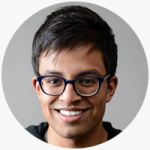 “Greg was a huge asset to the marketing direction of Axial during his time here. His ability to strategize…

the last 3 years in the food/restaurant industry

Events, restaurateur (the pandemic has created some new challenges), to digital marketing

TO CREATE AWARENESS, NOT FOOD TRENDS
The food of over 4 billion people is not a fad.

303 Night Market is an event that is currently being planned for Colorado. Taniguchi Ramen is a pop-up that can be found at select events. Oishii Desu is one of the largest, if not the largest source (16-21k unique/visitors per month) for Japanese food and culture on the West Coast. Stew Shack is a new venture in 2021 where I have become a partner to this 8-year old B2B product. My role is to take it beyond one of the items on the menu of a multi-million dollar international seafood chain based out of Los Angeles.

Taniguchi Ramen pop-up: Hakata style tonkotsu ramen. Most ramen in the U.S. will be from “instant ramen stock,” but this pork broth was made from scratch, all 3 components of the stock.

Contribution to the Westword article “Why is My Ramen So Milky?” about Japanese ramen by Mark Antonation.

PROMOTE, EMPOWER, AND SUPPORT BUSINESSES
We connect and network communities and people.